The Mute Still Air by Ed Carter, at Wentworth Woodhouse 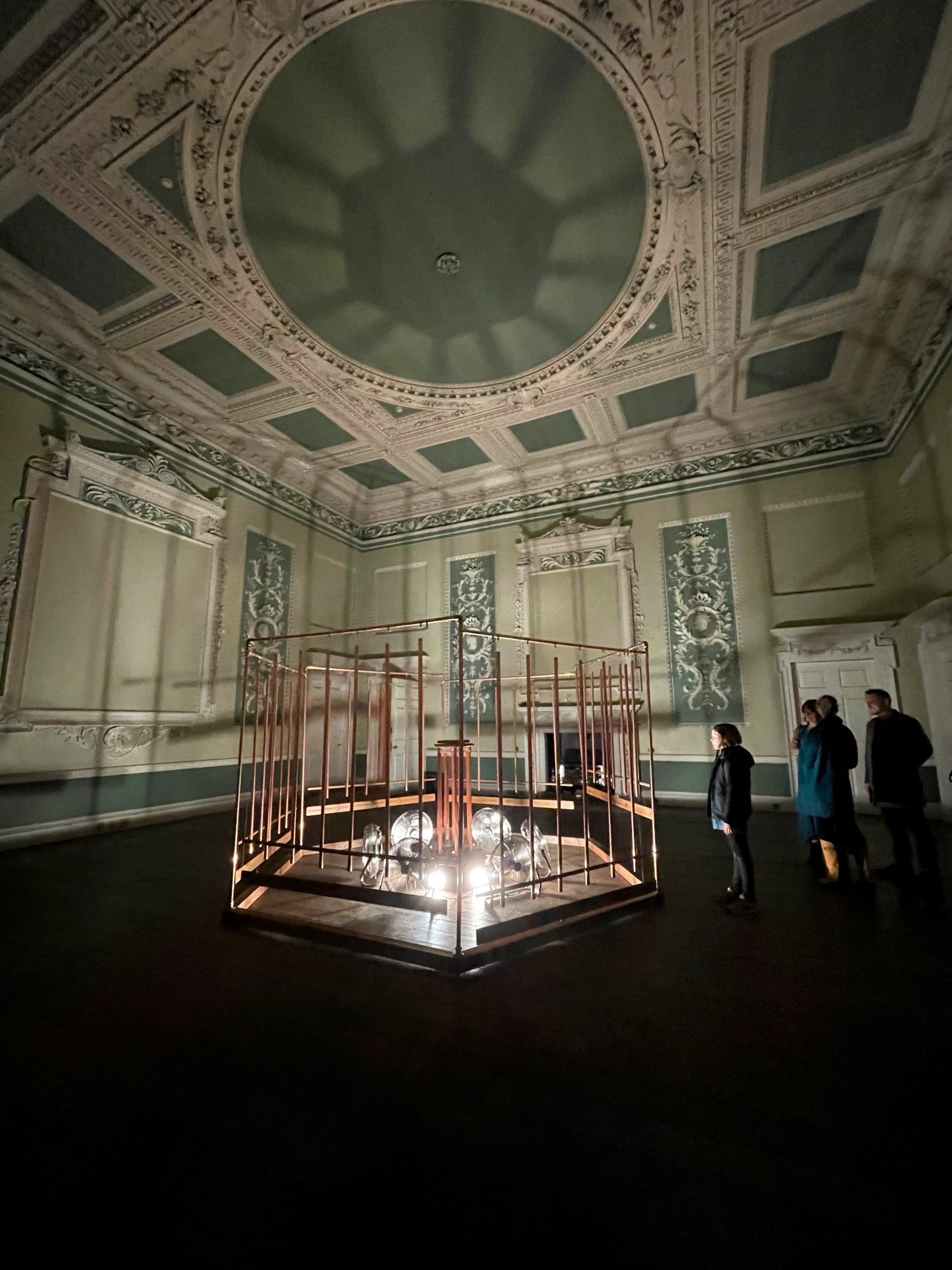 The work was nominated for an Ivor Novello award, in the sound art category of the Ivors Composer Awards 2022.

The piece reflects on the significance of social responsibility within a brutal commercial industry, taking inspiration from the cultural impact of Benjamin Biram’s pioneering engineering work at the Elsecar coal mine in South Yorkshire.

Biram introduced many safety improvements, including a new safety lamp, an anemometer to monitor airflow, and giant mechanical fans to ventilate the mines. The constant breeze from the fans reassured those working underground, mindful that it was providing fresh air and preventing the lethal build-up of explosive gases.

The Mute Still Air takes its name from a line in Samuel Taylor Coleridge’s poem “The Eolian Harp”, written the same year that Elsecar New Colliery was sunk (1795). The poem describes the sound of a wind harp, which is named after the Greek god Aeolus, who reputedly kept the wind in an underground cave.

‘O! the one Life within us and abroad,
Which meets all motion and becomes its soul,
A light in sound, a sound-like power in light,
Rhythm in all thought,and joyance everywhere—
Methinks, it should have been impossible
Not to love all things in a world so fill’d;
Where the breeze warbles, and the mute still air
Is Music slumbering on her instrument.’

Thanks to Fran Smith, John Tanner, and Dominic Somers.